Drone Guides: How Much Does the DJI Drone Cost? 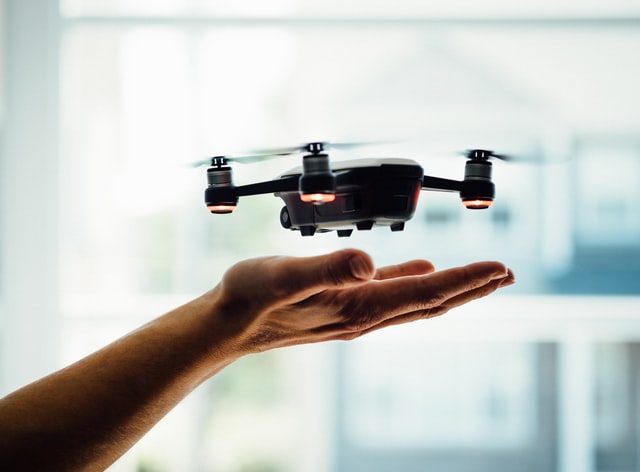 Most people give photography a try at least once in their life. Are you ready to give it a go for yourself?

If so, don’t limit yourself to handheld cameras that are trapped by gravity. Instead, unleash your inner creativity by sending a camera into the sky.

No, I’m not talking about throwing your camera off a cliff or strapping it to an airplane. Using a drone would be a much more effective way to take some aerial photography.

In the past, aerial photography was out of reach to most regular people. So companies like National Geographic had a monopoly on beautiful, breathtaking, aerial images. But today, with modern drones being so affordable, anyone can launch their artistic ambitions into the clouds.

It’s no secret, DJI produces the best drones. But how much does a DJI drone cost? Keep reading below to find out the drone cost now.

How Much Will a Drone Cost?

So how much do drones cost? You can buy a drone for as little as $30 on Amazon, and you can easily spend up to $3,000 or more on a professional-grade drone.

But most cheap drones don’t even come with a camera on them. Drones that only cost a couple of hundred dollars will either have a low-quality camera or poor flight mechanics.

If you want something that will take high-quality imagery, and fly with ease for long periods of time, you’re looking at DJI drones. They are the king of drone manufacturers, and no one compares at this time.

Even the cheapest DJI drones have amazing cameras on board. But the cost of DJI drones varies since they have upwards of seven drones for sale at any given time.

On the low end, you can pay $450 USD for their mini model, and up to $3,300 for the professional-grade models. You can buy them from DJI, or if you’re from Canada, you can pick one up from DrDrone.

DJI offers something for everyone. Their mini drone is great for novices, while the Mavic 3 is preferred by veteran flyers and photographers. Here are the DJI drones you can buy in 2021, from cheapest to most expensive.

The DJI Mini 2 comes with a list price of $450 USD. While it’s more affordable than most drones you’ll see on Amazon, it’s the baseline for good-quality flying cameras.

This drone weighs a mere 249 grams. And since it’s under 250 grams, it doesn’t require registration with the FAA. Due to their size and weight, these drones are preferred by travelers, outdoors enthusiasts, and novices alike.

They are easy to carry anywhere, as they fold up and fit into any backpack, purse, or even your pocket. This is a big deal, as larger drones often require their own dedicated backpack to carry around.

The camera can capture 4K/30fps video and transmit it up to 10 km. It can fly for up to 31 minutes on a single battery charge and has a level 5 wind resistance rating. This allows it to remain stable in winds up to 38kph. And the gimbal ensures smooth footage, even in the roughest conditions.

And the tiny drone can even zoom up to 4x. And with multiple smart flying modes and footage capture settings, you can create exceptional photography and videos without being a professional.

But the camera on this unit is much better. It can capture images at 48MP and 4K/60fps HDR video. The HDR sensor helps to capture light and dark details more effectively, enhancing the final image. And the SmartPhoto feature ensures your camera is using the best possible settings for the conditions.

You can also capture Hyperlapse footage in 8K to warp time and space. This creates amazing effects without having to edit the footage post-process.

The Mavic Air 2 can fly for up to 34 minutes at a time and can transfer 1080p footage from up to 10km away. While not quite omnidirectional, this drone has forward, backward, and downward sensors for relatively safe travel.

And you can use this drone to capture amazing, detailed panoramas thanks to an upgrade in DJI’s cameras. For those looking to get an upgraded drone without breaking the bank, this is a solid option.

You can pick up the DJI Air 2S for $1,000 USD. This drone is a favorite thanks to the 1-inch image sensor, helping to capture incredibly detailed scenes. It can also capture a 5.4K video, providing crystal clear video with real colors.

The Air 2S has the MasterShots feature. By tapping an object or area on your control screen, the drone will automatically fly over it multiple times, helping you film it from multiple angles with ease.

This drone can also sense and avoid obstacles, to keep your investment safe.

You can buy the DJI FPV drone in a combo bundle for $1,300. The combo comes with DJI’s FPV goggles to allow you to get a first-person view while flying your drone.

This provides the most immersive experience, whether you are flying out of curiosity, or trying to capture some serious footage. With the advanced controller that also comes with the bundle, you’ll enjoy flying like never before.

With 120 FPS, you’re getting a live view of what your drone is seeing, making it feel like you are onboard. And multiple flying modes let you take as much or as little control as you want.

And when you get a bit too excited and need to stop the drone, just press the Emergency Brake and Hover button. This will stop the drone, regardless of how fast it’s going, and it will hover in place in just a second or two.

And of course, it will capture all of that video footage as well, so that you can do with it what you want afterward.

At $1,600, the DJI Phantom 4 Pro is a professional-grade unit with a mid-tier price point.

The 1-inch CMOS image sensor helps to provide 4K/60fps videos and 20MP photos. The lens on the Pro 4 is much wider and offers more detail than the lens on the previous version.

And instead of flying using your smartphone, this drone comes with a dedicated controller with a built-in, five-inch widescreen. The controller stays charged for up to five hours

It can sense obstacles in five directions, providing you with safer, more stable flights. A 30 minute flight time and 45 mph top speed let you fly farther and stay out longer.

Users love the mechanical shutter feature on this drone. It helps by eliminating rolling shutter distortion when filming fast-moving objects. It creates a more accurate picture of the surroundings.

Multiple smart flying modes allow you to capture any type of footage automatically. And switching between them is easy to do for creative control over your footage.

This is one of the most popular DJI drones. Listed at $2,200 USD, it has just about everything you need as a professional drone photographer and videographer. And you can buy upgraded combo bundles, that come with the accessories and extras needed to help save money in the long term.

It can fly for up to 46 minutes at a time and transmit video from 15km away. Users love the advanced Return to Home feature, to bring their drone back the safe and easy way.

It also has intelligent flying capabilities, able to detect obstacles and plan routes around them in advance. This provides you with the smoothest ride.

If you fly in darker environments, this is the drone for you. The advanced camera helps to reduce the noise in low-light conditions to ensure crisp, clear imagery.

At $3,300 USD, the Inspire 2 is the top of the line from DJI. These are the units that professional film crews are using to capture the highest quality footage available.

There’s a good chance you’ve seen a movie or TV show with footage captured by one of these. It’s the first filmmaking drone ever made to include a 360° rotating gimbal and transmit 4K video.

While it can only fly for about 25 minutes on a single charge, it can accelerate from zero to 50 mph in five seconds flat.

While it’s unlikely you’re going to fork over the cash for one of these on your own, since they’re designed for agencies and media companies, you would get some killer footage if you did.

A Drone for Every User

From the professional cinematographer to the aspiring freelance photographer, DJI has a drone for every budget and every experience level. None of them are bad, and all of the cameras on these drones are top-notch.

For just $450 you could get started with the entry-level drone offered by DJI. And for the technology crammed into that unit, it’s a steal of a deal.

Looking for more tips and tricks like this? Be sure to visit our blog now to continue reading.