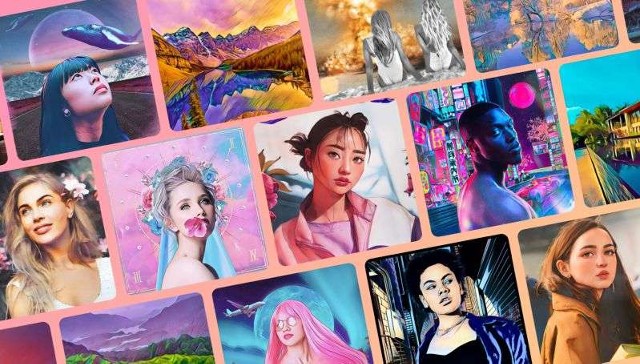 Making your friends’ images into art is another social media trend that involves filters. The popular photo-editing tool Lensa AI uses your face to make “magic avatars” out of the photographs you input. The photo editor does raise some privacy issues, though. Below, we’ll explain. Although you can download Lensa AI for free on your phone, it costs $4 to upload up to 20 photographs for editing. Following that, 50 avatar pictures based on your supplied photos will be sent to you. We’ll go over all the information you require regarding the Lensa AI photo-editing app. Read about the NewProfilePic photo editor for a look at a related image service.

What is Lensa AI?

You can upload selfies to Lensa, a photo-editing app, and it will turn them into avatars. Lensa is available for iPhone and Android. The programme may be used to edit videos as well as images, blurring backgrounds and beautifying your skin. The service is not free to use, despite the app’s quick ascent to the top of the Photo & Video charts in the iPhone App Store. You will pay $8 per month for a subscription, and $30 per year.

Lensa is nothing new. It was actually developed by Prisma Labs, which also has a self-titled photo editing software, and has been available since 2018. Prisma Labs was established in 2016 by Alexey Moiseenkov and a group of Russian programmers and is headquartered in California. Prisma earned the App of the Year award from both the iOS App Store and Google Play not long after its release and quickly rose to become one of the most downloaded apps worldwide.

What problems can using Lensa cause?

Concerns regarding user data usage and privacy have surfaced since the app’s recent surge in popularity. For instance, Lensa can train its AI using the images you supply. According to its privacy statement, Lensa only uses the uploaded images it receives to apply filters and effects. In addition to using your information for these purposes, it also adds a number of other ones, such as the following:

Additionally, the terms of service for the app state that by downloading it and uploading your photos, you are giving Lensa a “perpetual, irrevocable, nonexclusive, worldwide, fully-paid, transferable, sub-licensable licensee to use, reproduce, modify, distribute, and create derivative works of your User Content, without any additional compensation to you and always subject to your additional explicit consent for such use where required by applicable law.”

What should you do, If you’ve previously used the Lensa app?

You can take action if you recently uploaded images to the app and are now worried about how your data is being utilised. You can ask for the deletion of your personal information by sending an email to [email protected] To revoke the authorization for using your images in advertisements, write an email to [email protected]. In order to better understand your request, Lensa may contact you “in case of a vague access, deletion, objection request or any other request in exercising of the aforesaid rights,” according to its privacy policy. Additionally, it states that it reserves the right to “refuse accepting your request” if doing so is not practicable.

The processing of any approved requests could take up to 90 days. If you want to use the app, we advise that you thoroughly read the terms and conditions and the privacy policy so that you are aware of what you are agreeing to. Prisma Labs has not yet responded to CNET’s request for a comment. Here are seven privacy advice items that security professionals wish you were aware of. First released at 3:15 a.m. PT on December 8, 2022.

Users have been mesmerised by Lensa AI’s digital avatars, but some have accused the programme of stealing from artists and reflecting racial stereotypes. Over the weekend, it seemed like practically everyone boarded the Lensa AI “Magic Avatar” train. The new Magic Avatar feature on the original Lensa AI photo-editing smartphone app is an artificial intelligence image creation tool. Pay a charge ($3.99 for a trial, $7.99 for a single usage), upload 10–20 selfies, and then relax as the feature creates dozens of digital portraits of you in various illustration genres including manga, sci-fi, fantasy, and so on.

The photos appear to have been ordered by various digital artists, which immediately raises worries that the ease of use and low cost of AI generation may hinder established artists from making a living off of their skill sets. Many people have questioned both the exploitative terms and conditions section users must accept in order to access the feature as well as the dataset Lensa AI uses to inform and train its AI neural network to produce such styled pictures.

It’s too simple to get Lensa AI to create NSFW photos.

Lensa has been climbing the app store hit lists and alienating artists with its avatar-generating AI. Another reason to fly the flag is that it’s both possible and way too easy to use the platform to make non-consensual soft porn. TechCrunch has seen photo collections made using the Lensa app that include images of women showing their bare breasts and nipples while posing with others who can be identified. Since it appeared like the kind of thing that shouldn’t have been possible, we decided to handle it ourselves. To see if Lensa would generate the potentially incorrect graphics, we created two sets of Lensa avatars:

The first round of images corresponded to the AI avatars Lensa had previously developed. But we weren’t prepared for how hot the second set would be. After perceiving the Photoshopped images as giving it permission to behave however it pleases, the AI appears to turn off an NSFW filter. 11 of the 100 pictures were topless shots, and 11 of them were of higher quality (or, at the very least, more consistent in their aesthetics) than the subparly edited topless pictures that were utilised as the AI’s input.

It’s one thing to make filthy images of celebrities, and as seen by the materials we were able to find, there have always been some who were eager to Photoshop-combine various images. But so far, using photo editing software and putting in hours, if not days, of labour is required to make things appear realistic. The major turning point, and ethical nightmare, is how simple it is to produce hundreds of near-photorealistic AI-generated art works using nothing more than a smartphone, an app, and a computer.

It’s frightening how quickly you can generate images of anyone you can think of (or, at the very least, anyone you have a few pictures of). Your buddies or some random person you met in a bar and swapped Facebook friend status with might not have provided authorization for someone to create soft-core pornography of them. It seems that Lensa will happily produce a number of problematic images provided you have 10-15 “genuine” shots of a person and are prepared to spend the time photoshopping a few fakes.