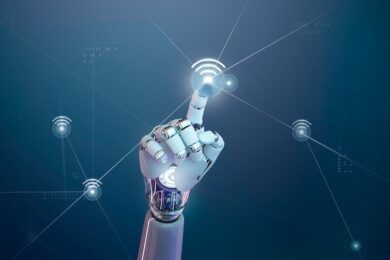 Cloud Automation Testing is a testing methodology that uses cloud-based tools to automate the testing process. The use of cloud-based automation allows for fast, scalable and cost-effective testing of complex software applications. It is used to test complex applications in a virtual environment where you can easily create and execute your own test cases on various devices or platforms.

Cloud Automation Testing also provides an easy way to analyse results and compare them against expected outcomes and with similar tests that might have been run in the past or on other virtual machines/devices.

What is Automation Testing?

Automating the testing process means you don’t have to run tests on your application or website manually. You can run automated tests in the cloud without worrying about running them on your own servers. This allows you to save time and money because you aren’t maintaining your own infrastructure. Cloud Automation Testing can be used for many different purposes, from testing websites and apps to performing load tests and monitoring applications.

Automation testing is a type of software testing that provides instant feedback to developers. It allows you to create and test applications in the cloud instead of on developer workstations. Cloud automation testing requires using a virtual machine (VM) that is pre-configured with software and access to the Internet. The VM runs an automated testing framework and connects directly to your application.

Cloud automation testing can be used for a variety of purposes, including:

Cloud automation testing provides an environment where you can test your application from multiple locations, giving you the ability to simulate many different types of user environments. This allows you to test performance under various conditions before releasing your product or service into production. You can also use this feature as part of your continuous integration efforts, which means that your code changes are tested automatically without any additional effort on your part.

Cloud automation tests can be used for security testing by simulating attacks against websites or web services so that developers can identify potential vulnerabilities before they are introduced into their applications. For example, if you are building an online banking application, it’s important that you ensure that no unauthorised users have access to sensitive information stored within your application.

Automation testing ensures that an application performs as expected under various conditions and at different points in time. This includes ensuring that applications are able to handle failures, errors and other unexpected events that may occur during runtime.

What Are The Benefits Of Cloud Automation Testing?

In Cloud Automation Testing, the entire test procedure is carried out on a cloud-hosted server rather than on a local computer. Therefore, this testing method is considered an emerging technology that has seen rapid growth in the last few years.

Cloud Automation Testing can be used for any type of software in the IT industry, including business applications and mobile apps. The advantage of this method of testing is that it allows you to work with your teams whenever needed, even if they are not physically present at your office.

The following are some of the business benefits of using a cloud-based test automation platform:

Cloud-based test automation platforms provide instant access to your application so that you can deploy changes in minutes rather than days or weeks. You no longer have to wait for IT support or wait until someone is available to perform manual tasks on your system. This makes it possible for developers to deploy their changes faster and more efficiently while saving costs as well.

Since you do not need an expensive physical infrastructure, the cost of owning and maintaining it is saved. This allows developers to focus more on development itself without worrying about paying for an expensive infrastructure that they don’t need in order to run their automated tests. You can save money by using cloud automation testing instead of hiring new employees for every iteration or deployment cycle.

Cloud automation testing allows you to accurately measure how compatible your application is with external systems, such as databases or web services configured elsewhere. You can also reduce the time to market for your product by running your tests in real-time instead of waiting for new builds to be released.

The first step towards automating your testing process is understanding what you want to automate and how you can automate it. Once you have defined your automation goals, you need to select an appropriate tool for the job. A good starting point for selecting a tool is to consider the following:

The entry-level tools are usually free or inexpensive. They are good enough for smaller projects but not ideal for large scale projects requiring a high degree of customization or complex scripting.

Medium level tools tend to offer more features and flexibility than entry level tools with similar prices. These tools provide a good balance between flexibility and price point that makes them easier to justify when compared against larger enterprise solutions that may be better suited for specific needs such as large scale deployments requiring complex scripting or configuration management.

The cloud is a major technology trend, and as such it has become a major business focus for many organizations. As a result, the market for automation testing tools in the cloud has grown exponentially. There are now several options available to choose from, each with its own advantages and disadvantages.

What Are the Different Types of Blockchain Consensus Mechanisms?

Now, we’ll look at some of the top cloud test automation services tool available today and discuss how they can help your organisation get more out of its existing infrastructure — or even give you a head start on building new software-as-a-service (SaaS) systems from scratch.

CloudTestSuite is a cloud-based testing platform that can be accessed via the web, on any device, at any time. It provides the ability to create and submit tests as well as manage tests in real-time. It also allows you to track test execution progress, report results and set up notifications for test failures. It is a testing platform designed to automate the creation and execution of unit, integration, system and UI tests, as well as performance tests. CloudTestSuite offers a wide range of preconfigured test suites that can be customized to meet your specific needs.

CloudTestSuite helps you to easily create, manage and execute your tests on any cloud platform such as IBM Bluemix, Microsoft Azure, Amazon Web Services (AWS), Heroku and others. The tool is capable of running Selenium tests in the cloud or on your local machine using browsers like Chrome, Firefox and IE. It also provides extensive API integration options with other platforms like Jira Software, TeamCity Server Automation etc., which allow you to test with all these tools in one place.

’Flexlm Testing Tool is an open source testing tool that helps organizations improve software quality through automated testing. It supports many different programming languages and frameworks like Java, Python, Ruby, .Net and others. Flexlm is an application test automation tool developed by Flexera Software for use with Microsoft Office applications and other applications such as SharePoint, Azure Web Apps and more. It allows you to quickly write complex tests and execute them on any device — desktop or mobile — without having to install additional software or drivers. Flexlm gives you the ability to test iOS applications on Android devices by simply running the same application on both platforms. Flexlm comes with built-in features like SSL support for secure connections between your mobile device and server, data synchronization between devices, automatic synchronization of device configurations across devices, etc., which makes it very easy for anyone interested in automating

CloudBolt is a cloud-hosted automation platform that helps with application testing and deployment. It’s built using NodeJS and MongoDB so it can run on multiple platforms including Linux or Windows so you don’t have to worry about compatibility issues or installation issues. You can also use CloudBolt for your CI/CD needs as well! It allows you to quickly and easily create automated tests for manual QA tasks and new features or updates in your production environment. CloudBolt supports all major browsers, including Internet Explorer 11+, Firefox 24+ and Chrome 20+, so you can easily test any web page in your website gallery regardless of which browser someone uses on their device or what operating system they are running on their machine (e.g., Windows 7 with Internet Explorer 11).

TeamCity Server Automation is an open source automation tool for developers who want to automate their builds across multiple environments like staging and production environments without having to write scripts manually every time there’s a change made in one of those environments (like adding a new feature).

Therefore, if you are looking to run tests on any cloud platform, including Amazon Web Services, Microsoft Azure and Google Cloud Platform or interested in using the same tool for both manual testing and automation testing, then the tools mentioned in this blog can help.