Using a Macro Mouse to Go All-In on Gaming 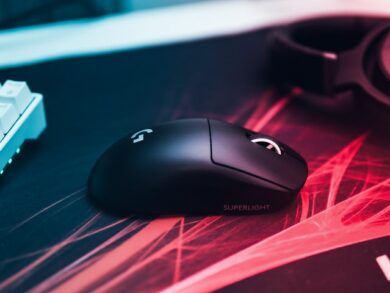 Online gaming is a booming industry, and there are no signs that it will slow down.

People are turning to their computers, consoles or mobile devices to compete, have fun and just socialize with friends. That might be through a first-person shooter, an online puzzler, or even a social poker app.

It is estimated that there are more than three billion gamers globally, and a huge chunk of those now play online. Most major game releases have an online mode and ones that do not are often notable for their limited functionality beyond the main story or concept. Other games have become sports in their own right, such as League of Legends, which has recently seen its flagship eSports event, The Worlds, completed to close the gaming calendar.

Another big event, the World Series of Poker, is a hybrid, where players can qualify by playing poker online but have to attend a location and play the finals in person. Often, professional poker players use online games to practice as well as qualify, and therefore are not competing online purely for fun; it is for them to make a living. With so much scope for online gamers to compete and qualify for tournaments, they must have the right online gaming essentials. That might include powerful computers, 5G internet connection and even multiple monitors, but few realize they can also gain an advantage by having a programmable mouse.

What Can a Gaming Mouse Do?

A gaming mouse is much like a standard mouse; it is used to navigate your on-screen cursor around your screen. It has buttons similar to a normal mouse, allowing you to click on things and interact with the gaming environment. The fundamental difference is it has buttons that can be programmed to act as keys on your keyboard or even perform complex functions. Those who use Microsoft Excel will know these are called macros; they’re essentially a series of actions that a simple click of a button can perform.

Why Would That Be Useful?

Let’s take the example of an online poker player. Often, those poker professionals make money by playing several tables, and they need to react quickly as they go through their games. However, the provider might require them to raise or fold by pressing keyboard keys, which is fiddly. If they have a mouse fully programmed with the different keys, they can simply click on a window, press the mouse button for ‘fold’, and move on. There’s no switching between keyboard and mouse, losing valuable seconds.

Another example might be in an RPG, where you perform a certain task multiple times. Think about a game where you have to craft potions; that will often be a complex set of instructions, including opening an inventory, selecting the ingredients, and crafting. It can take a few seconds, maybe more, but by owning a programmable gaming mouse, you can do those actions quickly and accurately.

Are There Any Other Benefits?

There are plenty. A gaming mouse is often designed with ergonomics in mind, increasing comfort during long gaming sessions. They are usually a bit more expensive, but that is reflected in build quality and how easy they are to use; you might find them a little smoother with better tracking, reflecting the build quality in the increased price point.