All You Need To Know About Selenium WebDriver 4 Architecture 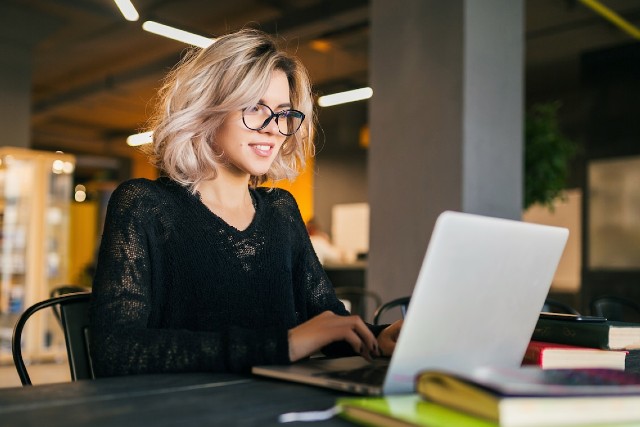 Selenium WebDriver 4 has been released with an impressive set of new features to improve the web automation experience. Amongst these is the introduction of relative locators, an improved Selenium Grid architecture, and a new and improved Selenium IDE. These features make for a more robust and efficient testing environment, allowing developers to get the most out of their web automation. With these improvements, Selenium 4 is sure to revolutionize web development.

This guide will shed light on all the essential information needed to master the complexity of Selenium WebDriver 4 architecture and use it to its fullest potential. From cross-browser testing to automation optimization, you will gain an understanding of the ins and outs of this powerful platform that will help you explore new possibilities in your development. Get ready to take your skills with Selenium WebDriver 4 to a new level!

In the Selenium WebDriver 4, the architecture’s cores are the client library and the server. The client library is responsible for sending commands to the server and executing them on the browser. This allows developers to perform automated tests without interacting with the browser directly.

The client library is usually written in a programming language like Java or C# and communicates with the WebDriver server using JSON Wire Protocol. It uses this protocol to send commands such as opening a URL, clicking an element, typing text into an input field, etc. The server then takes these commands and executes them on the browser using its built-in automation engine.

The Selenium WebDriver architecture also includes several other components that facilitate testing. These include:

What is new in Selenium 4?

This feature enables users to identify elements based on their relative position on a page, making it simpler to locate items even when the absolute location or properties of the element have changed. For example, instead of having to pinpoint an element based on its exact coordinates in the DOM tree, you can now use relative locators to find an item based on its proximity to other elements. This makes for faster, more efficient automation and helps developers focus on writing better code rather than worrying about finding the right element.

The new version of Selenium Grid has been re-architected from the ground up, making it faster and more reliable than ever. The improved Selenium Grid architecture also offers high scalability and performance, allowing teams to manage large numbers of tests across different browsers easily. It now supports multiple nodes and allows for horizontally scaling your tests across multiple machines, making parallel testing more efficient and reducing test execution time.

Selenium 4 WebDriver brings many new features and improvements, most notably the improved user-friendly GUI and the support for Docker in its Grid feature. With this powerful combination, deploying your Selenium Grid on Virtual Machines (VMs) or Kubernetes becomes much more accessible, allowing you to enjoy enhanced performance compared to earlier versions.

With the release of Selenium WebDriver 4, users can experience a more advanced and traceable infrastructure than ever before. So don’t wait any longer; upgrade your web testing experience with Selenium 4 WebDriver now!

Selenium WebDriver 4 is now even more powerful, thanks to the newly available Selenium IDE plugin for significant web browsers. Until recently, this plugin was only available for Firefox, but now developers can use it in both Chrome and Firefox.

Furthermore, Microsoft Edge users will soon have access to the same plugin through the MS Edge Store.

This great new addition to Selenium allows you to record and playback tests with a few simple clicks. This allows even novice users to quickly create automated tests without writing code. It’s great for rapidly prototyping complex scenarios and debugging test failures.

You can also export your recorded tests in several popular formats, making it easier than ever to integrate them into your existing test suites. That way, you can take advantage of the powerful features of the Selenium 4 platform without having to write any extra code.

Using the Selenium IDE, developers can create more comprehensive tests that utilize control-flow mechanisms. For instance, a tester could use an if-else statement to check if a particular element exists on a page before attempting to click it.

Another example would be the usage of a while loop to iterate through a list of elements, such as links on a webpage, and ensure that each link leads to the expected destination.

By leveraging control-flow mechanisms such as if-else, while, and try-catch, developers can create more robust tests that are better suited to handle any corner cases that may arise.

Make sure you don’t miss out on this opportunity to unlock the full potential of Selenium WebDriver 4! With the help of the Selenium IDE plugin, you can easily automate your testing process and save time in creating tests without having to write code.

Selenium 4’s adoption of the W3C standardization for WebDriver APIs makes it easier for developers to create test scripts with less overhead. With this new standard, several advantages make testing with Selenium more efficient and reliable.

Secondly, with WebDriver in Selenium 4, communication between the web browser and test code is now easier to manage. By leveraging the W3C standardization, developers can create tests that accurately simulate user interactions on a website or web application. This helps improve the accuracy of test results, as developers can be sure their scripts are interacting with web pages the same way a real user would.

Finally, the W3C standardization helps ensure compatibility across different browsers and platforms. By utilizing a single protocol, tests can be written once and used on multiple browsers and operating systems with minimal modifications. This saves time in development and ensures web applications are correctly tested across different environments.

By adopting the W3C standardization, WebDriver in Selenium 4 has provided developers with an easier, more efficient way to communicate between the web browser and test code. This makes it simpler to create robust and reliable Selenium tests while ensuring compatibility across different browsers and platforms. All of this adds to improved accuracy for test results—making WebDriver in Selenium 4 a valuable asset for any developer or tester.

Selenium 4’s newWindow API is a powerful feature that allows users to create a new window or tab within the same session and switch to it automatically. This eliminates the need for creating an entirely separate WebDriver object, making navigation and testing much more efficient. Here are two examples:

Selenium 4 (Alpha) lets developers use the Chrome DevTools Protocol (CDP) through the ‘DevTools interface. This provides an array of powerful tools for debugging and analyzing websites, allowing developers to create more complex and efficient web applications. Here are two examples of how this is useful:

1. Fetch API: The Fetch API allows developers to retrieve resources from a server and make requests with custom parameters such as headers, authentication, etc. This can be used to programmatically debug the performance of a website or application by making specific requests against certain resources.

2. Network Panel: The Network Panel provides performance metrics like page load times, response codes, latency, and more, which can be useful in understanding how quickly a website is responding to requests. Additionally, this panel also offers insights into caching strategies helping developers optimize their web applications for better performance.

Overall, Selenium 4’s native support for the Chrome DevTools Protocol gives developers more control over their web applications and can be used to identify and address performance issues quickly. This makes it easier for developers to create a better and faster user experience.

Selenium WebDriver 4 has added several useful new methods to the Actions class, including the click(WebElement) method. This method replaces the moveToElement(onElement).click() method, making actions easier and more streamlined for web automation. Here are a few examples of how this new method can be used.

First, it can perform simple clicks on buttons or links. For example, if you need to click on a specific button on a page:

Finally, it can also be used in combination with other Selenium commands like doubleClick(),rightClick(), etc. For example, to perform a double click on an element:

By introducing the new click() method, Selenium 4 provides developers with an efficient and streamlined way to perform actions on a webpage. With this method, developers can easily interact with web pages and perform actions such as clicking buttons, selecting items from list boxes, and performing drag-and-drop operations.

Cross-browser testing on the LambdaTest Platform

Selenium 4 is the newest version of Selenium, which offers powerful automation capabilities to perform cross-browser testing on LambdaTest. For users of the cloud-based Selenium Grid facilitated by LambdaTest, there is no need to worry about Selenium’s migration to the WebDriver W3C protocol. Automated testing scripts will remain unaffected, as LambdaTest takes care of choosing the appropriate Selenium WebDriver protocol to ensure a seamless testing experience.

For example, if you are running tests on Chrome 80 in Windows 10, you can use the Desired Capabilities Generator to generate a capability that sets the browser name as “chrome” and the version number as “80”. You can also specify other details such as platform name (Windows) and platform version (10). Once generated, this capability can be used in your automated test script.

Similarly, you can use Selenium Grid 4 to run tests on Firefox 75 in macOS Catalina 10.15. The Desired Capabilities Generator allows you to generate a capability that sets the browser name “firefox” and the version number as “75”. You can also specify other details such as platform name (macOS) and platform version (10.15).

The Desired Capabilities Generator helps you to generate the required capabilities for both Selenium Grid 3 & Selenium Grid 4 so that you can run multiple browser combinations simultaneously. This helps you to quickly validate the UI and functionality of your web application or website across different platforms.

Leverage the power of professional and technical testing solutions on your terms with LambdaTest!

In conclusion, the Selenium WebDriver 4 architecture comprises several components that work together to facilitate automated testing. It includes browser drivers, an HTTP/HTTPS server, client-side scripts, and web elements, making it possible for developers to write automated tests for web applications.

Understanding this architecture is essential for developers who want to get the most out of Selenium WebDriver 4. With this knowledge, developers can create reliable, effective, and robust automated tests for web applications.